Check out this very short news story and get back to me.

You back? Okay, now tell me exactly what our world is coming to. I’m quite curious.

THEY HAD THEIR MONEY STOLEN AFTER THEY HAD BEEN HIT BY A CAR! 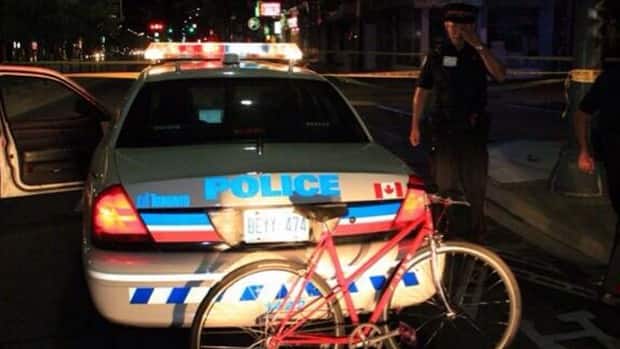 From the CBC.ca version of the story. Try clicking it. I’m trying something new.

Really? The one guy gets caught and charged with theft. Yep, just a theft charge. I guess they don’t have a charge for being a deplorable human being. They should.

I suppose that if they did, three quarters of our government would be in various stages of our penal system. Crooked fucks.

Could you imagine seeing someone hurt and bloody in the street, but the only thing you think about is stealing the money that they’ve dropped? I sure hope you can’t, because that’s disgusting.

As I was sitting here thinking that these people need to be hit in the face with a tack hammer, I started to question what is wrong with our society when these things happen within a year, let alone a week of each other. Then I wonder how bad these people’s lives must be to get to the point that a bit of money is worth more than a person’s well being.

Is it our fault that people are stooping this low?

Are we teaching this sort of indifference to our children? We might be. We might be doing it and we don’t even realise it.

He’s not as dirty as Margot Kidder circa 1996, but pretty close.

“Stay out of that fight, it’s none of your business.”

Even bear’s will go for a nut punch when they have a chance.

A month ago I had taken the girls to Vanilla Thunder’s house, because I needed to talk to him for a bit. They opted to stay in the van and play on their ipods. Fair enough; there were only gross boys in the house.

After we were gone, there was a girl walking down the street. The girls commented that she was the girl that went by them crying earlier.

“Why was she crying?” I asked.

“I don’t know.” Was the reply from the back seat.

I might have mumbled something like “Well, you should still help people.”, and left it at that, but it was only because I didn’t know what I was supposed to tell them.

That they should start talking to strangers when the person seems distressed?

How should they know who to trust? Hell, I can barely tell anymore. I know that if I saw a kid crying in the street, I’d ask if they were okay, but I’m a grown (if not fully) man. I can discern what to do based on what the kid tells me.

Sure, it may be that they’re crying because their dad took away their laptop until they finished the dishes, but who knows? It also might be that some kids just beat them up and stole the money that they got from their nana.

I don’t know, but if they need help, I’m going to help them.

I just can’t explain that to the girls. Yet.

So maybe we are teaching them that it’s okay to disregard people that we don’t know when they are in trouble. I don’t know. If we are, I hope we are doing it out of concern for our children’s safety, and not because we think that they shouldn’t care about strangers, because they should. They need to have compassion and empathy, as well as caution and vigilance to keep themselves safe. We should always be guiding them to be better people and to aid people who need it.

Sure, we might be teaching our children that they needn’t concern themselves with the plight of others, but do you know what we aren’t teaching them?

To fucking rob people when they’ve been hit by a car.

Or even just to rob people, period.

No, that’s something that you must learn on your own, because I’ve known a lot of parents over the years, and not one of them told their kids that robbing people in a time of need was okay. If they did, I’d like to know about it, so I can tack hammer the shit out of their face.

Just in case you were thinking a tack hammer wouldn’t hurt.

One day it could be us that’s lying in the street with our wits and belongings strewn about the intersection. What would you want to happen in that situation?

Just think about it, then talk to your kids. Tell them what to do if they see some poor bastard get run down in the street. Tell them that no matter what they decide to do, to make sure that they don’t fucking steal the person’s shit. While you’re teaching them things, watch this video with them.

I saw this the other day and it really got me thinking. Get your kids social media networks locked down. There’s no need for them to have anything public. This can happen anywhere, at any time, so put down whatever you’re doing tonight and talk to your children. Talk to them about safety and doing the right thing when it counts. When they grow up, they might thank you for it. If you’re lucky.

4 thoughts on “What The Fuck Is Wrong With People?”