Probably the earliest memory I have of my Uncle Gerry is when he was going to university and he and Aunt Sandra took me out to do things. Well, I guess she wasn’t my aunt then, but one thing led to another, and you know the story. I don’t remember much about that trip, like how I got there, how old I would have been, or what I ate, but I do remember two things. Sort of.

The first one was picking through some sort of a roadside pit for fossils. He showed me core samples and also explained what they were for, and how they got them. I assume he had taken a geology class or something. He was very smart like that. I was fascinated with the shapes of skeletons, and what have you, that were embedded in these chunks of rock. For some reason I think it was shot rock from where they blasted a highway through, but I could be completely off-base on that. Perhaps we’ll never know.

The other thing I remember was how fun and funny my future aunt was. Uncle Gerry was kind of quiet and reserved, if I remember correctly, but it probably just seemed that way because she had so much fun that it would make anyone seem like a bore. The most shocking thing was when we were in a dorm or something similar and he went to have a shower. Aunt Sandra hid around a corner on him, and as he came walking down the hall she jumped out behind him and ripped his towel off. We laughed and laughed, but I don’t remember Uncle Gerry thinking it was that funny. Maybe he did, but I was like four years old or something. How the hell am I going to remember all of that?

I spent quite a lot of time with them as a little kid, and I loved when she would pick me up and take me to see her dad. He had a big smile and an even bigger laugh, and I can remember him always joking around with me. He was one of those people that made you feel good, just by paying attention to you. Maybe it was because I was a kid and he liked kids, but I don’t think so. I’m pretty sure he was like that with everyone. I remember hearing his name the odd time around town, and it was never with anything but fondness.

I didn’t see much of him as I got older. I suppose it’s one of those things that you just don’t pay attention to. I could have easily gone to see him as a teenager in high school, but I didn’t. If I remember correctly, he had a clothing store downtown that we used to go to, but it didn’t sell cigarettes or hamburgers, so why would a hooligan like me even bother to stop by? Weird, huh? You’re physically so close to someone that you really like, and you don’t even bother to stick your head in and say hello as you walk by. I find that strange. These days I wouldn’t think twice about it if he still had the shop.

Another thing I found odd, was that I only ever knew him as “Gibby”. That’s all I had ever heard anybody call him. I think Aunt Sandra called him Gibby too, but of course I’m probably wrong. I didn’t know his real name was Basil, until I saw it in his obituary. I also didn’t know that he was such a decorated veteran from the Korean War, that my buddy, John was his nephew, or that he was born in Nova Scotia.

These are all things that I might have known, had I taken the time out of my day to say hi and just kept in touch. It’s a relatively easy thing to do. Drop by with a coffee on a cold morning, or a beer on a hot afternoon. People like that. Well I do, anyhow. I love to know that people are thinking about me, even if it’s just Gadget honking on the way by or a quick text from a busy friend.

I’m sure that Gibby had a rich, full life, even though I never stopped by to visit, but here was a guy that probably had a mitt full of stories and adventures from his 85 years on this rock, and I’ll never hear him tell them. That’s a big deal for me, because there is nothing I like better than listening to stories from people who have done things. Important things. Fascinating things. Things I couldn’t fathom.

So long, Gibby. I hope life took you to wherever you were aiming on going. I’m a little bit pissed off that I never got to hear your story, but life’s like that. I guess I’ll have to look forward to one of your talented lineage writing a book, or better yet, a blog.

Some trails are happy ones, others are blue, it’s the way you ride the trail that counts, here’s a happy one for you,

I’m linking up with Yeah Write this week, because I’m under 1000 words, and there’s kind of a roundabout story here. Who knows? I might make it through. 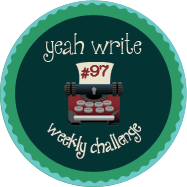 34 thoughts on “The Things You Remember”