That’s what I heard as I was tying my boat up to a tree on Monkey Island.

I was around 14 at the time, and had a 12 foot aluminum boat with a 1956 MW outboard that was perpetually on the edge of death. It ran on one cylinder for the most part, but every once in a while you could call up the power and it would kick in and run on both.

To give you an idea of what it was like, here’s a video of one that is in about five times better shape, and running properly. You don’t need to watch the whole thing, but you sure can if you want to.

Now that you see what we were dealing with back then, I shall continue on.

The old motor used to snap shear pins like they were going out of style, so we were given a handful of nails with the heads bent over on them. There was no way that we were going to break a bunch of proper shear pins, because they cost money, and that was something that was in short supply around our place.

This brings me back to the story that I set out to tell. I was supposed to go and get Scooter after lunch, but I still had a couple of hours to kill in the meantime. I decided I’d take the old boat over to Monkey Island while I was waiting, and see who was around.

For anyone who hung out on Rice Lake in southern Ontario up until the early 90’s, they should probably remember an island at the mouth of the Otonabee River that had a rope swing dangling off of a huge willow tree. It was a place to congregate, meet cottagers, party it up, and possibly make out with some chick that would be gone back to her home in Toronto, Ohio, or even New York in a week or less.

This, my friends, was Monkey Island.

How awesome am I for making this skookum map? Pretty fucking awesome was the correct answer.

I wish that I had an old picture of it in it’s heyday, but I don’t. Cell phones and digital cameras weren’t around, and if they were, they weren’t small enough to take in your pocket. I wish I did have one though, because those are the kinds of photos that bring back floods of memories.

Memories like the time a scrawny guy from the city wanted to buy some weed from a young teenaged boy from Harwood.

I told the guy that I didn’t have any, but my friend had a bit at his place. If he wanted to wait an hour, I’d go and get some, and bring it right back. He was going to be here all day, every day, for the rest of his week of holidays, so he figured he could wait an hour for sure.

So I never even got the boat tied up, and I was clipping on over to Scooter’s place. Rrrrrannnnnggggg dica-dica-dica-dica rrrrrrrrrrrrrraaaaaaaaaaaaaaaannnnnnnnnnnnnnnngggggggggggggggg (that was the second cylinder kicking in). By the time I got there, Scooter and his mom were just getting back from groceries, and they seemed a bit shocked when I walked by their maple tree and stripped off some leaves. I think that when I walked in and threw them in their microwave, was the point that they started asking questions.

Mom: What are you doing with those maple leaves in our microwave?

Me: I’m drying them up a bit to sell them to a guy.

Mom: Why would someone want to buy microwaved maple leaves?

Me: He thinks it’s weed. Hey Scooter, I’m probably going to need you to come along, there are three or four of these guys. I can take them one on one, but they will think twice if you are there. I’ll give you half of the money, seeing as they are your leaves.

So we crumpled up the leaves and headed back across the lake to meet with our new friend, but when we got there, our new friend had a bunch of new friends of his own.

He was pointing as we pulled up, and telling his new friends that the dope was finally here. We told him to get in the boat, and we’d take him for a ride, so we went and did the deal on the river. We were scared, and we sure didn’t want bikers to look at the fucking bag of keif that we were peddlling. The guy takes the bag and smells it. I’m fucking shaking like a leaf. I stare at him, and when he looks at me with the smile falling from his face, he says “This is fucking homegrown shake.”

“Uh yeah, that was all he had.” I stammered

He then gave me two twenties and asked if we had papers. We didn’t. Could we please take him to Rainbow Cottages then? They apparently sold them there. We said that we could, and took him over. On the way back to the island, he asked if we had a light. We lied and said that we didn’t, because we didn’t want to have to kill him and throw him overboard when he realized that all he was getting was a burnt throat.

We dropped him off at the island, refusing several invitations to stay and smoke with the burly men in leather vests.

The ride back was intense, and when the shear pin snapped, I almost did too.

We didn’t go to the island for two weeks, in fear of them still being there.

I’m sorry it went down like this, and someone had to lose, it’s the nature of the business, it’s the smuggler’s blues,

For an explanation, go HERE

I’m going to try and get this into Yeah Write this week. If you love writing, you should check them out. Don’t worry, there is no voting, just good stories. 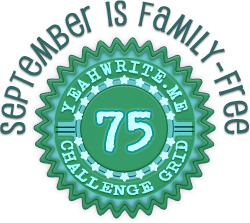