I hate them. I realize that they have a purpose, but still hate the fact that I have to go to them. The visitation part is okay, but the service makes me cringe in a way that resembles watching someone get their testicles slowly crushed by a pair of ball cleats. I know that this is going to seem insensitive in light of my recent ordeal, but it’s something that has always bothered me. Mostly it’s all of the praying that drives me crazy. It seems like so many people haven’t learned that praying doesn’t get you anywhere, but they seem to want to keep trying. I don’t know, it just seems like a waste of air to me, but whatever, I guess it gives them comfort.

When I kick off, I’m going to have a party, and no praying will be allowed. I’d like to go so far as to have a rule that no religious people may even close their eyes or bow their heads while at the party, but I know the sneaky fucks will pretend they’re sneezing or some shit, so that won’t fly. I will just have a sign at the door that says “Sing the first line to the Golden Girls theme as you walk in”. If you sing it, all the drinks are free, and if you don’t, two Irish bouncers kick your non-singing ass in the parking lot, and take your money to pay for the next singing person’s drinks.

I mean really, we are taking things way too seriously, and we need to lighten up a bit. I hate somber. It makes me feel depressed, and I’m always just on the brink of depression as it is; I don’t need any help jumping that fence. I really think that there should be booze served at all funerals, and then someone can get tanked up and knock some shit over. Maybe they could also tell the deceased’s spouse how hot they always looked in those tight jeans, or some other inappropriate comment. There is always someone who ruins a wedding, or Christmas. Why not a funeral? I’d hire a photographer to come in and try to get all of the hijinks on film, and then give out slideshows after everything is said and done.

Another good thing about when I die is that I am donating my entire body to science, much to my fiance’s dismay. She keeps going on about the indignities committed in the medical schools to the corpses, but like I’m going to give a shit when I’m there. I figure that if I can help even save one life, I won’t mind too much if some freak dresses me up and sticks a broom up my ass. It will also save a shitload of money for a funeral. I had always heard the stories about it, but I had no idea that dying was so expensive. If you donate your body, all of your cremation expenses are covered, but you have to pay for the transporting of your body to the nearest medical school.

I didn’t say it would be pretty

What if you don’t get accepted to medical school? Then your family will have to proceed with the funeral plans as if you were a regular, average Joe, and fork over the bucks to the funeral home, and the dude at the cemetary. There are a few reasons why you wouldn’t be accepted, like you were crushed, burned or stabbed to death by a hundred fork wounds. If I go, and I can’t donate, I’m not getting put in one of those niche walls at a cemetary. I want to be put in pepper shakers and have my friend Joe switch them out at nice restaurants. If he can have my ashes eaten by mucky mucks within a year, he will get my Leatherman and whatever other survival tools I’ve acquired by then.

Careful, you don’t want a head

Ah, who am I kidding? If I kick the bucket before my baby, I want her to decide. I know she is against the whole body donation thing, so if it comforts her I’ll just donate my organs and tissue, and the rest can be burned up and put in a box. The party thing still stands though, and I want live music played while I’m remembered. Maybe rent Pad 2 and have it there, that way there can be strippers, and everyone can take a cab home if they live in town. I’m always thinking about you guys. We could maybe do the whole thing on Skype or Youtube, and then my west coast homies can join in on the fun. Somebody had better pour a 40 out on a curb as well, and I’d really like there to be a crown and anchor wheel. Hell, if I have enough money, bring the whole midway and send me off right. I can’t think of a better way to go, than to be surrounded by dirty carnies, and the smell of urine and street meat. Who doesn’t dream of that shit?

Anyhow, back to reality. The real reason I hate funerals is the finality of it all. That’s when you know that they really are gone, and you won’t ever see that person again. Ever. That’s a really long time, and there’s no wonder that people believe in the afterlife. I want to believe it so bad now, but my logical brain won’t let me. I don’t know why, it just won’t. I guess I’ll just keep on mocking religion for whatever reason, and silently seeth whenever someone says a prayer for me. I don’t need saving. I’m quite comfortable in the fact that I’m going to die some day, and my flame will be extinguished. Well, except for the parts of me that live on in my friends and family, and whatever Joe manages to feed to the richos.

Well the girls are out to bingo, and the boys are getting stinko, 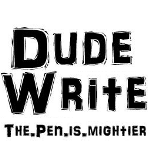