I’ve decided to add photographs of myself in different levels of orgasm, and while you might be telling yourself (and others) that sex with me must be pretty boring if my beautiful wife is able to take photographs whilst in the throes of passion. Well, I’d like to point out that she’s a fucking professional (Notice the play on words?). She is able to take herself out of the scene, and focus on the task at hand. Sure the task at hand is sometimes reading, taking her contacts out, or sleeping, but that doesn’t take away from the fact that she is always eager to help me to put out the most inane blog posts known to humans.

Whatever it takes. Right, Baby?

I’ve also decided to describe the facial expressions from my soul mate, life partner, and voice of reason, but only because I kept dropping the camera while trying to get the pictures I needed. After I dropped the 5D on her forehead, and then my Android in her eye (She made me use the lightest camera we have after I put the dent in her melon), she decided that I wasn’t strong enough to carry out this manoeuvre, and I would have to “suck it up” and quit wasting her time. Hey, I have a bad shoulder, and it’s really hard to hold myself up with my left. YOU DON’T KNOW WHAT IT’S LIKE!

Okay, I’m sorry. Let’s get back on topic. I’m going to describe a non-Cialis, above-average orgasm. I would love to tell you about average orgasms, but I just don’t have them anymore.

First off, there is the cocooning that prequels the actual act, and then there is “The Mount”

Yes, it’s true. No matter how many times I have sex, it’s always a shock when someone wants to have it with me.

Oh wow!!! My penis is not touching the air anymore.

Right now I’m in heaven, even though it looks like Mike Tyson has just punched me in the head. There is a sense of conquest, like no matter what happens from now on, I can honestly say I was hitting it.

Oh no. Why do I always think it’s longer than it is? Bad bending. BAD BENDING!

It’s true, sometimes I take a much longer stroke than physics will allow. The feeling on the down stroke is intense pain and dread, but I must press on because if I think about it, I will surely run out of “steam” and have to wait 20 minutes or so for the “enhancer” to kick in.

Don’t even say it.

This is the point where the feeling comes back to my penis and I realize that I have probably done irreparable harm by my last course of action. It is a sense of relief, because although no one like pain down there, it’s better than thinking you will have no feeling at all because of the nerve damage incurred from constant power bending.

It’s kind of like it says. The tingly feeling is nigh, and there is a rush of emotions on it’s way. It’s right about now that I may start imagining another sexy lady rubbing my back or whispering in my ear. They usually say something like “You look so fucking hot when you bang her. I wish I could join in.” or “Don’t you worry about her, I’m going to jump in as soon as you’re done and I don’t want her all used up when I get there.”

That usually leads to my next face, which goes something like this.

I know it looks painful. Don’t worry, it’s not.

“I’M WINNING” or “THIS FEELS FANTASTIC” or a really poor imitation of Chewbacca’s yell are some of the things you might hear if you see that face. It is a euphoric, energy blast of pent up rage, happiness, angst, love, and hate. There is no equal to it that I’ve ever felt. I suspect that winning the lottery would be better, but only because you know that you’ll be having so many mind-shattering orgasms, now that neither of you ever have to think about working again. Near the end of this rush is an impending feeling of pure joy and intense love.

“Oh my god, did you see that? That was awesome. Huh? Oh sure I can get you another memory card. Well, I’m done though. Do you want to take mo… Yeah, I finished. Okay, I love you. Good night, Baby.”

“I’m going to go and finish my blog post now. I’ll see you in the morning. Yeah, I can hand you that. Do you want the plug in one?”

After this I will usually throw a high five out there for the love of my life. She is usually preoccupied with texting or trying to not set her book in the wet spot, but once in a while she returns it with a smile. Those are the moments that I live for.

But every time the bell would ring, you’d catch me playing with my ding-a-ling, 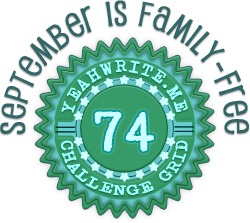 71 thoughts on “An In-Depth View Of The Male Orgasm”